I was browsing Amazon for some toys and found an Electronics playground. I mentioned to my husband that I wanted one when I was in college but couldn’t afford to get one. So, my husband got one for me. He had one when he was a kid and thought that they were pretty cool. Apparently, my daughter Katie thought it was also cool. She asked me to play with it and we worked on the first experiment. I wasn’t able to catch it on video but her expression was priceless when she connected the last part and it sounded off. The experiment starts with simple connection but it gets harder. The instruction is clear so as long as the child can read numbers, he/she can play with this already. 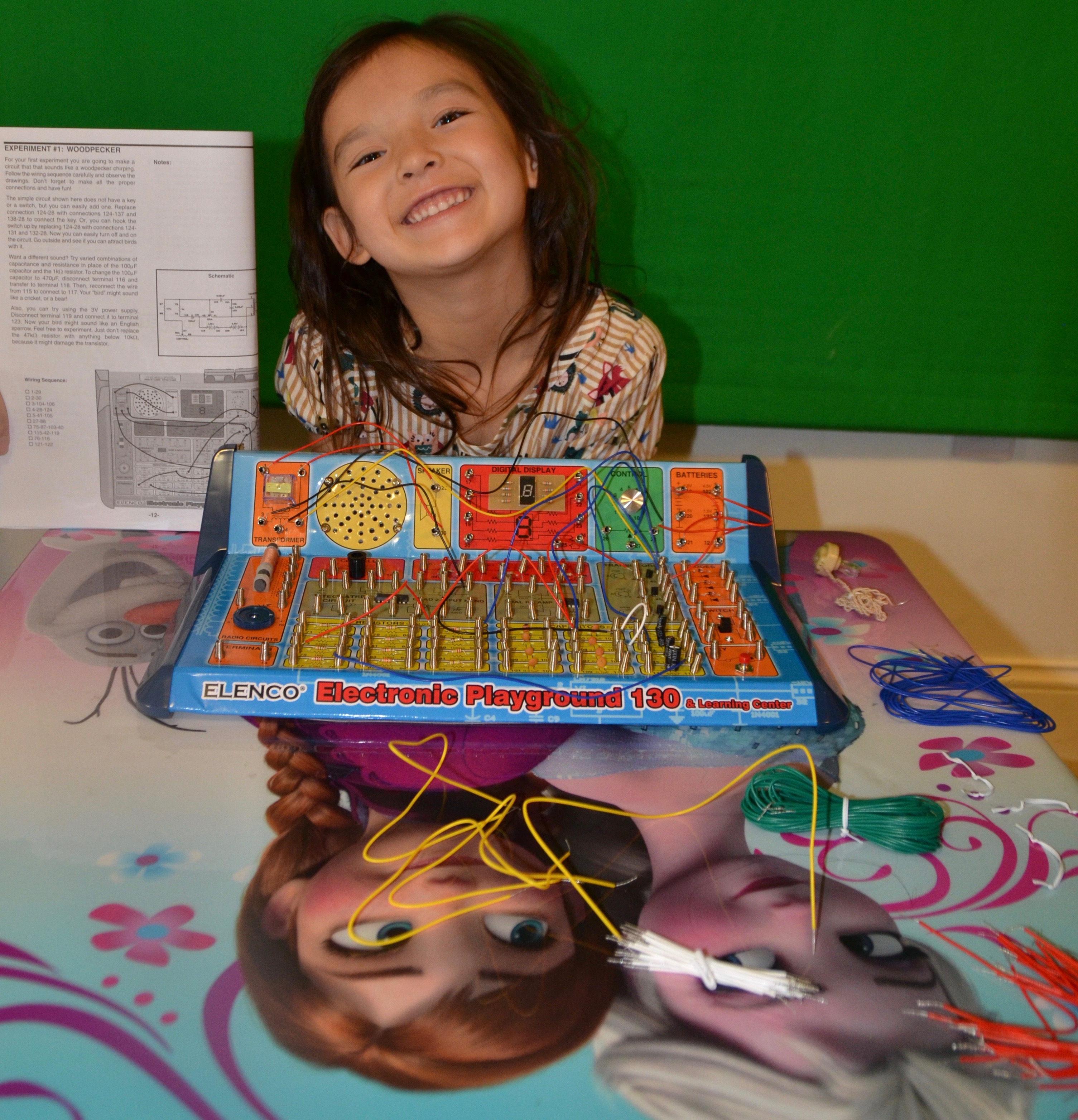 Here’s the link to the Amazon site if you’re interested.

I found out that cursive is no longer taught in schools, so I decided to find out if there are benefits of learning how to write in cursive.  One of the articles I read was “How Should We Teach Our Children to Write?“, which, among other things, mentions that cursive helps kids to learn to read, and helps prevent confusion between b and d, and p and q. Katie has had difficulty with b/d and p/q. Also, it’s faster for me personally to write in cursive than in print. So, I decided to try to teach Katie how to write in cursive. After two and a half months, she was able to produce the document below. The article was originally printed using Times New Roman font and I asked her to convert it to cursive instead. It definitely took a lot less time to teach her to write in cursive than to print. But this could also be because she’s a year older when I taught her cursive, and she has already learned to print. I have also noticed that indeed, she does not confuse b and d when writing them in cursive. Jessica hasn’t learned how to write yet, but I will definitely try teaching her cursive first rather than waiting a year like I did with Katie. 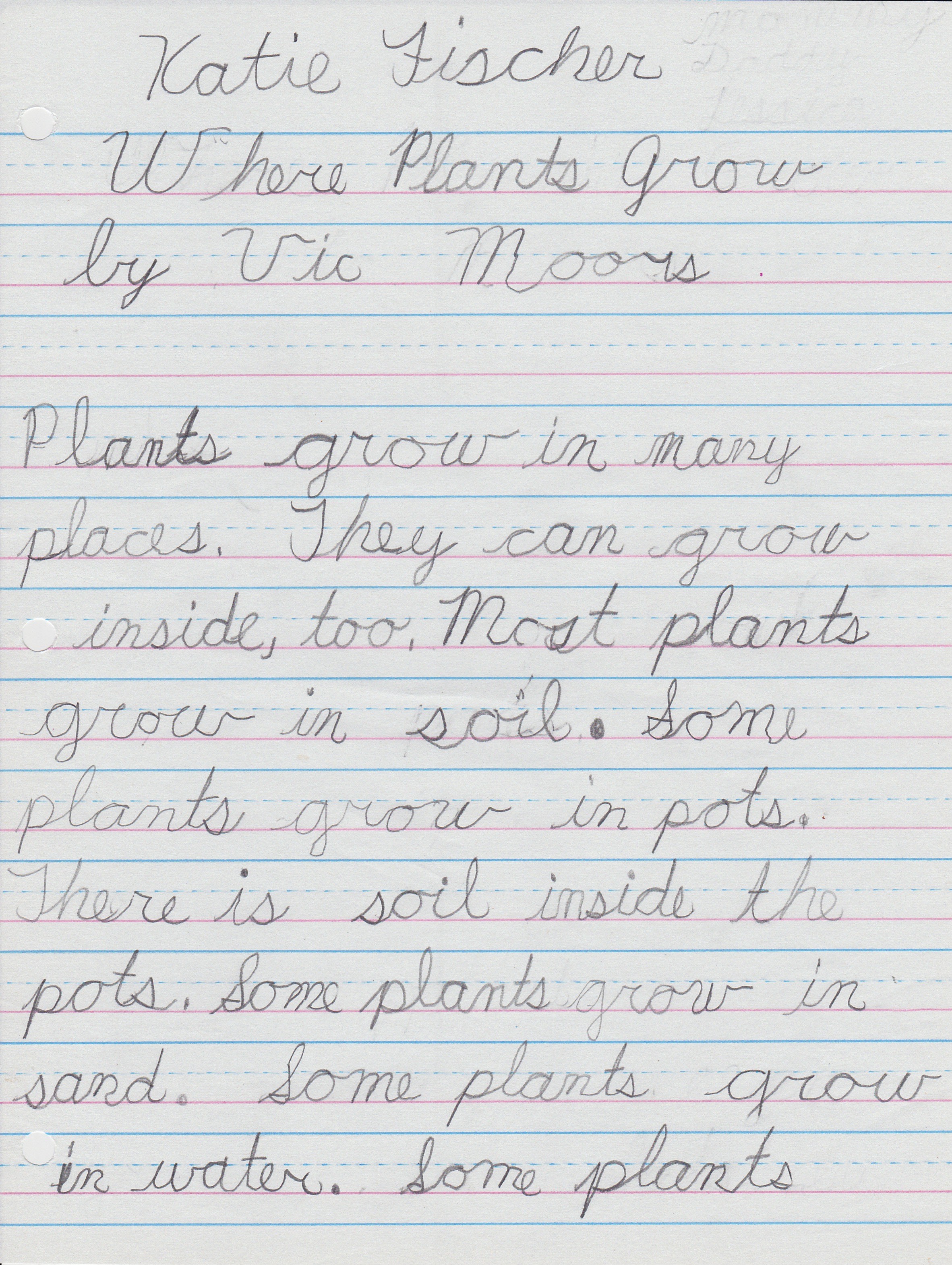 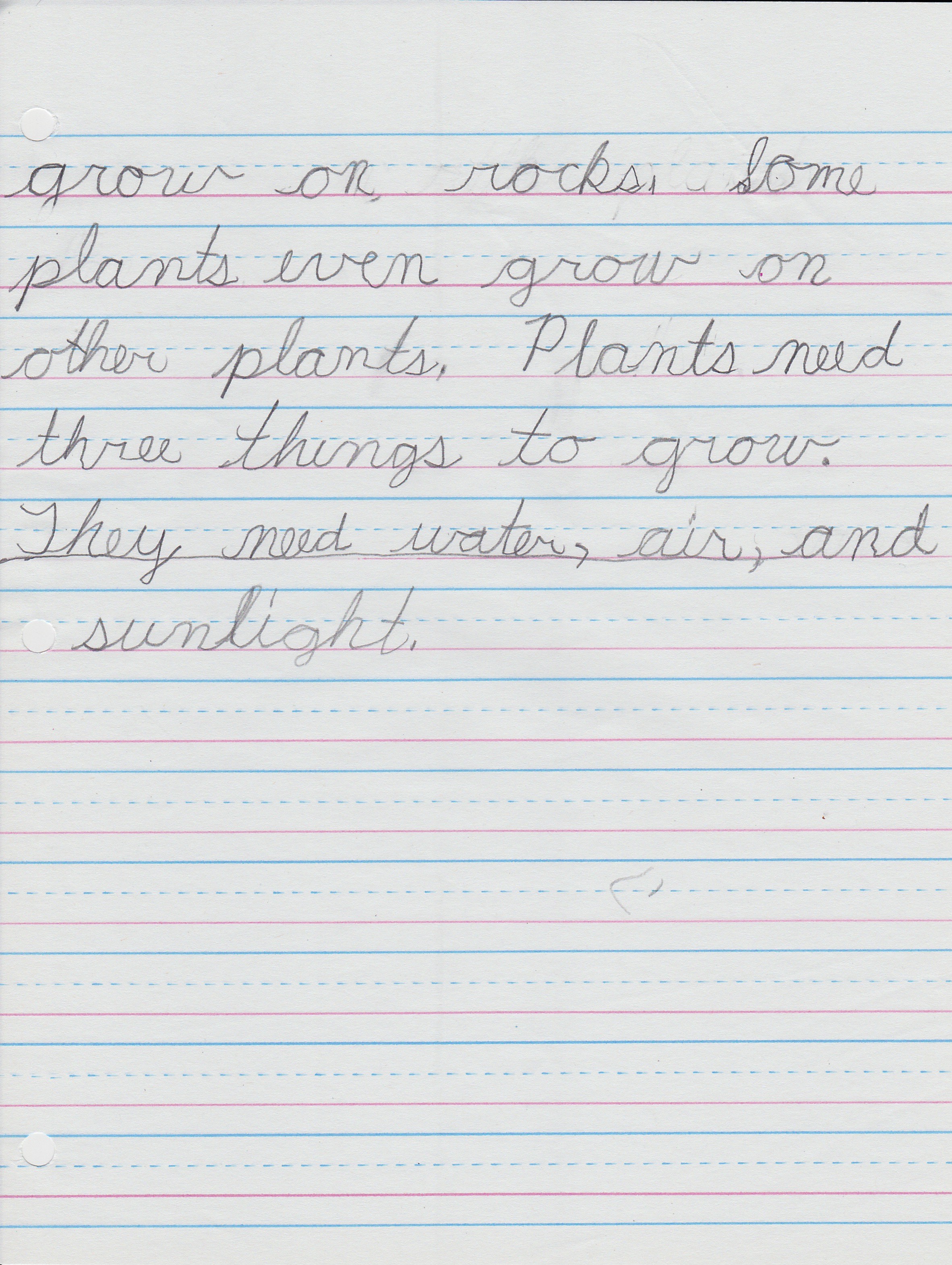 This is the workbook that Katie used, Cursive Writing Program Workbook.